What is A Wireframe, And What is A Prototype? Why It is Important For Your Application?

What is a Wireframe?

A wireframe is a graphical design of a website that guides you with the content & concepts of the pages. It helps designers & clients to discuss the details of the website building.

A wireframe is a low fidelity design that consists of lines, boxes, & grayscale colors. Here the black and white layout can easily present the main information group, outline the structure, & express the main visual of the UI. 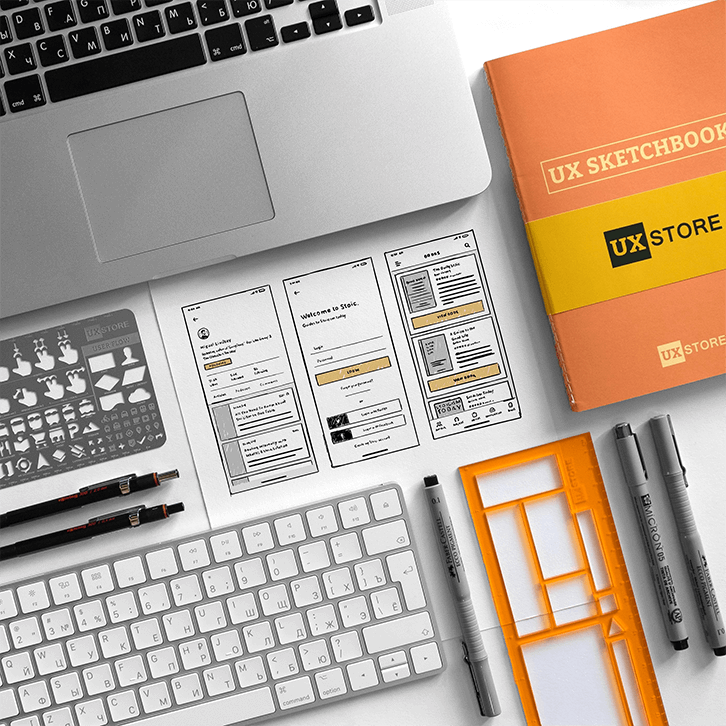 Wireframe looks like an unfinished product and the visual characteristics of a wireframe are very limited. Most of the design elements such as videos, text, & images are left out.

These omitted parts of the interface are represented by placeholders. Here Lines, placeholders, and a grayscale color palette communicate information architecture, content, and layout considerations.

As per the project requirement, placeholders may evolve to real graphic elements so that designers & developers can gain a better feel for how everything fits together. 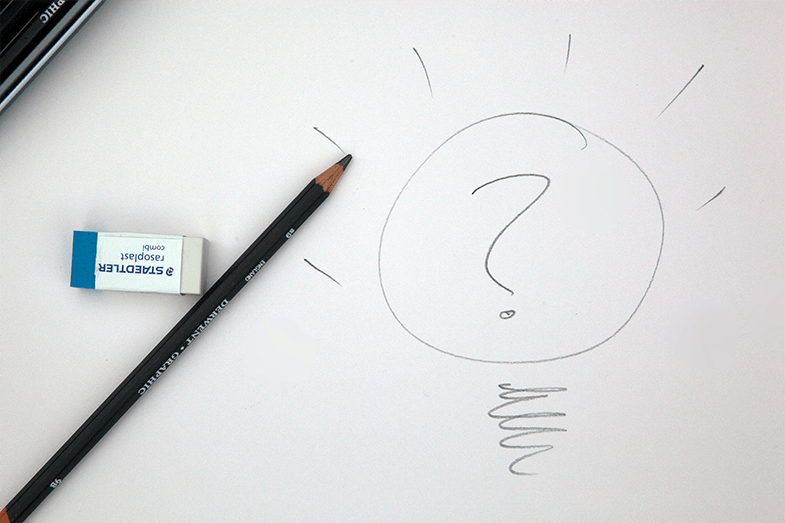 What Is The Primary Purpose of Wireframing?

Wireframe is specifically for designers where they can create ideas and to set a direction for the creative team.

They provide a chance to the creative team for making a better plan before moving forward by reducing the risk of going back because something was missed.

Instead of getting into detail design, wireframe allows designers to quickly test their overall design strategy. Here because of a limited number of visual elements enable the team to focus solely on core design decisions before diving into the details. 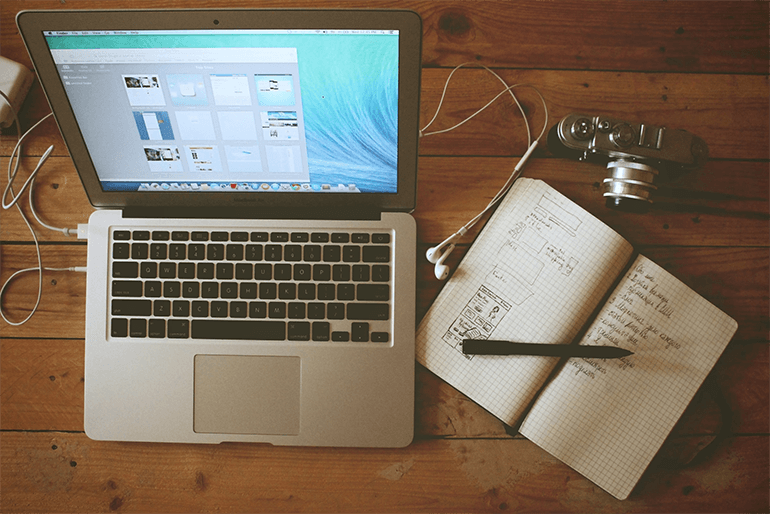 When Should Wireframes Be Created?

Wireframes should be created early on in the design process before the team starts with visual details. At this stage, it’s much more efficient to make big changes.

Since wireframes are relatively quick and cheap to produce, Hire UI/UX Designers who can experiment with moving content and objects around, group items together, and add or remove elements easily.

The Benefits of Wireframing

Wireframe is like a communication tool. It communicates design decisions to stakeholders & teammates by looking at a wireframe. They will get a good idea of what screens a website will have.

A website and mobile app wireframe are full of placeholders still enables stakeholders & teammates to see how the design I shaping up.

Wireframe provides you a proper documentation and it is typically used as a reference point for functional specification. It has a design deliverable and it can be shared with the entire team so that everyone’s on the same page. 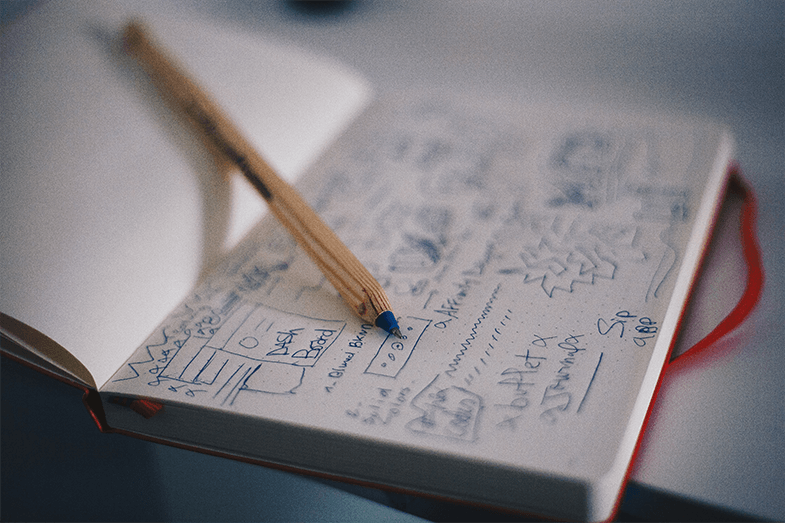 The Limitations of Wireframing

Wireframe helps you gather feedback during the initial research phase but there static makes it very difficult to use them to assess overall user experience. That’s why wireframes aren’t good for user testing.

If you need to describe complex design ideas such as gestures, transitions, & animated effects wireframes won’t help you at all. However, a pair of wireframes can show where interaction begins & ends, it doesn’t describe what happens in between.

In case you need to describe any dynamic effects, it’s better to use a high-fidelity interactive prototype, which will make that behavior explicit & remove any guesswork for the viewers.

Why is Wireframe Important?

Similar to the blueprint of a building, the wireframe specifies the details of the whole project at the initial stage as the project description. Because it is simple and fast to draw, the wireframe is often used for informal occasions, such as the internal communication. Thus, it cannot be used as the user testing material. 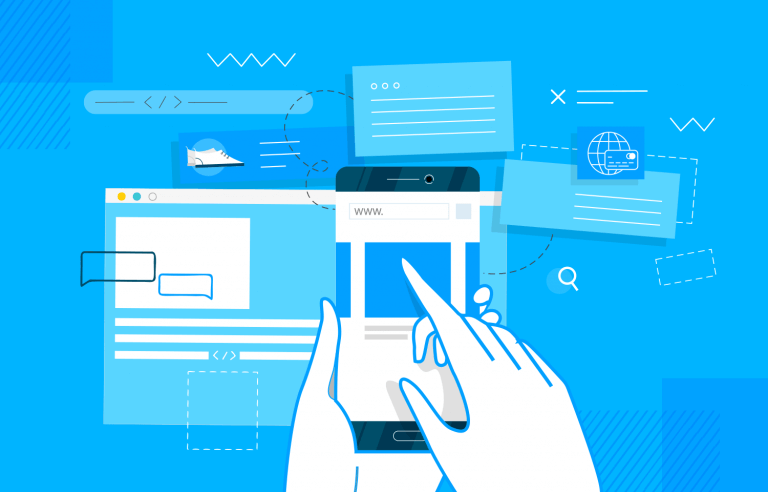 What is a Prototype?

A prototype is a high-fidelity design. It differs from the wireframe because the prototype is dynamic & interactive. Some high-fidelity prototyping looks almost like the final product. With a meticulous visual design, it provides you a complete user experience for the tester by simulating the real product interface & functions interaction. 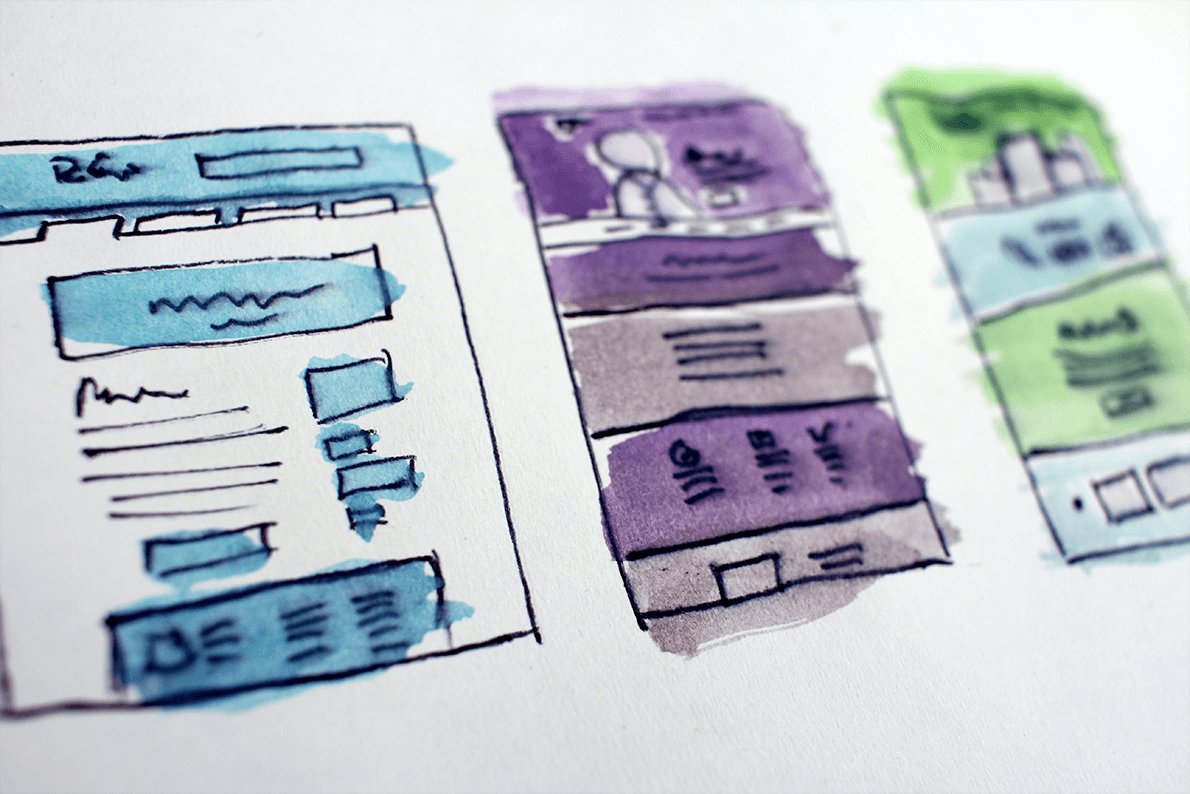 Unlike wireframes, which often look similar, prototypes can vary significantly. Prototypes come in all shapes and sizes, from analog paper prototypes up to real software products. 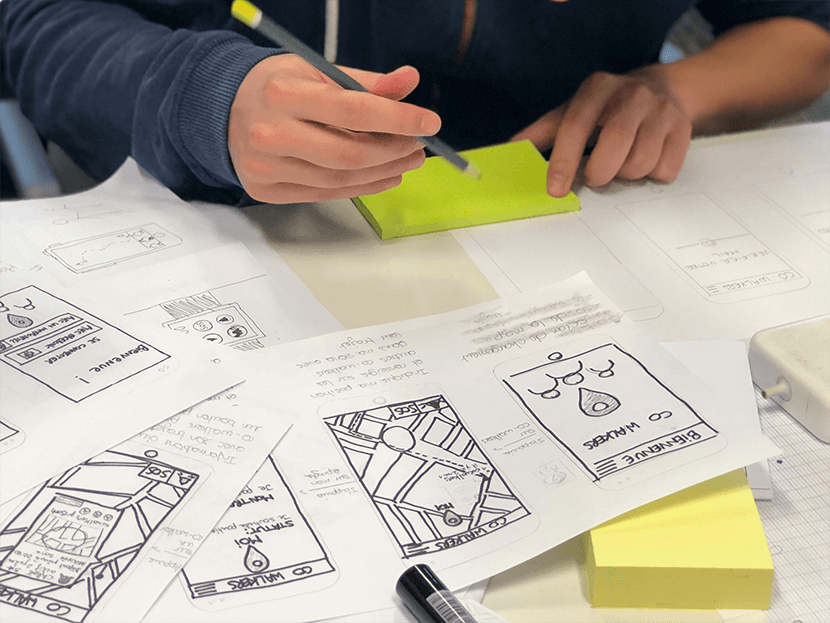 What Is The Primary Purpose of A Prototype?

Generally, a prototype is critical to every product that will be used by people. It acts as a bridge between the people and the actual products. Its main goal is to simulate the interaction between the user & the interface. A prototype doesn’t have every interaction in place, it should have the key interactions that will provide you a clear understanding of how the final product will function.

This makes it good for testing with real users, since prototypes let people experience how an app or website flows, how the interactions work and test the usability and feasibility of product designs. Without prototyping and testing, it’ll be hard to predict how real users will interact with a product. 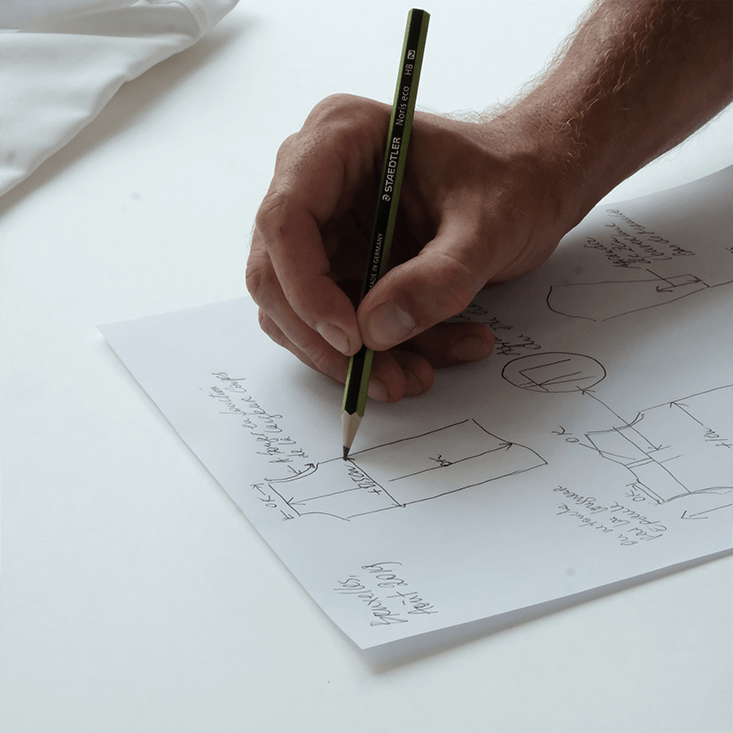 When Should Wireframes Be Created?

Generally, the team needs to have a prototype when they want to tie visual and interaction design together before the actual development begins. 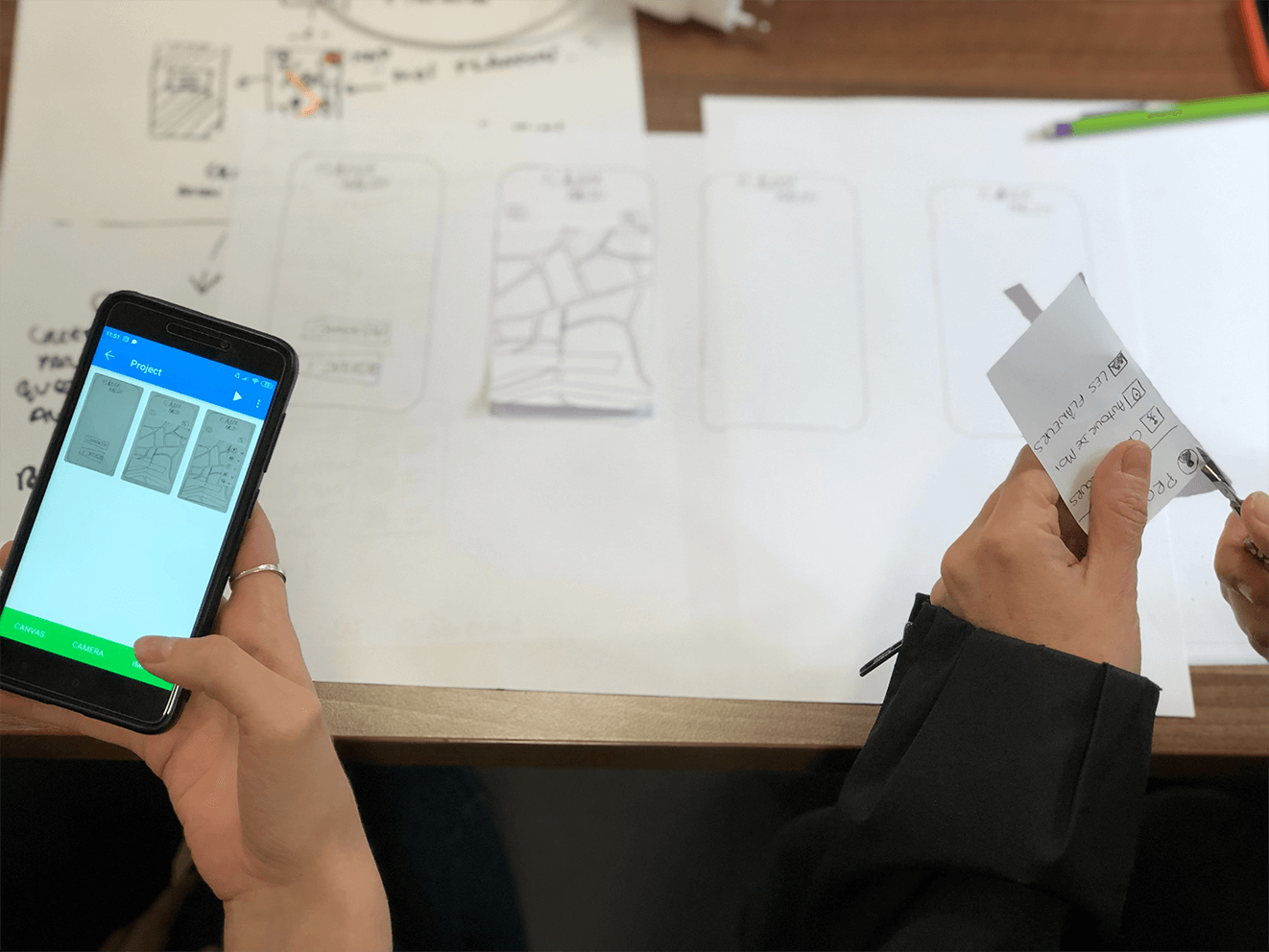 The Benefits of Prototyping

It’s good for implementing new ideas. It can sell an idea better than another form of a textual description of the design. With the use of prototypes, it’s easy to get buy-in from stakeholders because they’re able to try the product and feel the experience.

Here, you can learn about your issues and it allows your team to gain in deep knowledge of the issue they need to resolve. It’s a communication tool. You can ‘play’ with a designer’s concepts and provide valuable feedback. It’s a validation tool because it manages the usability. You can show the prototype to the users and ask them to go through regular user flows is greatly insightful. It enables designers to test user journeys and find potential problems throughout the interaction flow at a very early stage. Seeking validation early in the product lifecycle will help designers identify the features that most resonate with their users and focus design and development efforts in the right direction.

While doing user research it helps you and also brings light to the preferences of your target user. Prototype testing saves your money and time instead of developing the wrong solutions. 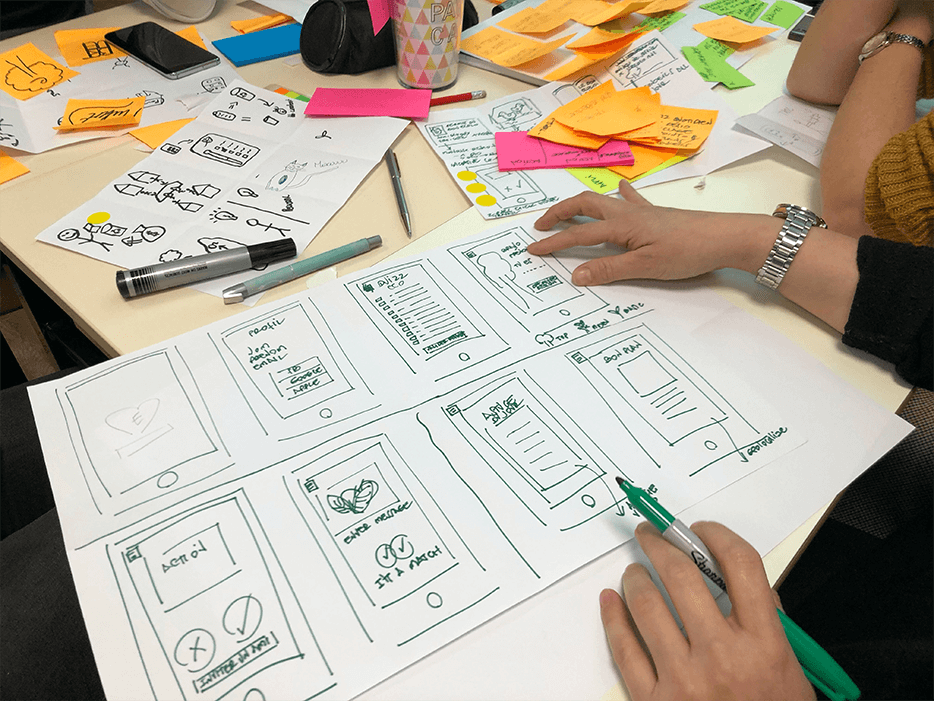 The Limitations of Prototyping

Prototypes cannot be used as a form of documentation since they force the user to put in some effort to understand how the product works.

Why is the prototype important?

The interactive prototype is often used for user testing before the product development. As we have already discussed above that the early prototyping test can save a huge amount of time and development costs. An annotated, team-friendly prototyping is more conducive to communication between designers and developers. That eliminates the cumbersome steps of file exchange within the designers and developers. For developers, they can push forward the product development more smoothly based on the final prototype.

Wireframe & Prototype Design Services provide you with different functions, but both serve as useful tools that allow product teams to create better products. The key to successful product design is to invest in the design process and leverage with Shiv Technolabs leading Wireframe & Prototype Company as an integral part of your workflow.

Shiv Technolabs, being a premier web and app development company, gives you cutting-edge technology solutions with an aim to help every startup, entrepreneur.

Let us assist you with building an advanced Digitalise business to defeat conventional culture and prevail in the time of advanced change. You can drop your query by 24/7. We’re here to help you to make an established elite brand.

Go Through The Journey of Our Tech-Savvy Affiliated Groups